STFM Member John Frey, MD is professor emeritus at the University of Wisconsin where he previously served as Professor and Chair of the Department of Family Medicine. He has been a long-term STFM member. He has served as editor of Family Medicine and STFM President of Society of Teachers of Family Medicine He won the STFM President's Award, the Lynn and Joan Carmichael STFM Recognition Award, and the F. Marian Bishop Leadership Award. Nationally, He co-organized the 2000 Keystone III Conference and the G. Gayle Stephens Conference(Keystone IV). He has served on the Board of Curators for Center for the History of Family Medicine, National Library of Medicine, Literature Selection Technical Review Committee.

A Venue for Understanding the Environment of Academic Family Medicine

As a senior resident from the University of Miami, I sat down at my first STFM meeting and realized that many of us were headed for teaching roles and would likely become career-long colleagues. Now, 46 years later, that cohort has moved on to retirement, along with other generations who followed. My STFM journey from being the youngest person in the room to the oldest has been interesting.

STFM has been my primary venue for understanding that which has confronted education in the changing environment of American medicine. It's the place to talk about ideas and receive support or critiques. STFM became cohorts of colleagues whom I watched throughout the decades, as they stepped up to lead, teach, study, and write about family medicine. To be able to do so has been a gift that I often feel I haven’t deserved.

STFM continues to refresh and improve itself, while supporting the needs of its members. The first time I presented publicly was at an STFM meeting, where I dropped all my slides, mixed them up, and stood horrified, trying to find my way. Folks smiled rather than laughed, and I left with most of my dignity intact.

I was fortunate to have many of the intellectual and political leaders of the discipline as teachers and friends – people whose names now are remembered through awards and programs that honor their contributions. They struggled with discouragement, doubt, and challenges to meaning and purpose. In many cases, they gave up comfortable lives where they were respected in their communities for the unknowns of academic life.

Like the GPs they were replacing and like family doctors today, they got up every day and did the hard work. They sustained themselves by focusing on the long view. They believed that there would be a time when their work and that of those they taught would be central to an educational and health system that valued and honored the contributions of family doctors to their communities.

The generation I learned from were practical activists and struggled with the particular as well as the universal. Educational reform did not stop at the end of the 1960’s. Those who created family medicine would be appalled if they felt that the discipline would be codified 60 years ago. They were existentialists, not orthodox. The journey was important, and ongoing renewal and change was essential. We can continue to honor them, as JT Hart once wrote, by “redefining the intolerable…and new generations rejecting what we have bent to and rejecting them with great deeds and short words". Onward!

How You Can Help

Transforming the future of family medicine would not be possible without the generosity of John Frey, MD, and countless other STFM members and supporters. Through both member and departmental donations, the STFM Foundation is able to support STFM's priority to develop the pipeline for academic family medicine.

To transform the future of academic family medicine by donating to the STFM Foundation, contact Mindy Householder at 800.274.7928 or mhouseholder@stfm.org. 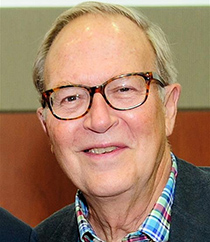 To learn more or to support the STFM Foundation, click the button below, or contact Mindy Householder at mhouseholder@stfm.org or 800.274.7928.

Transform the Future of Family Medicine